Born on the 27th of August, 1962, in Reykjavik, Iceland, Sjón began his literary career at the tender age of 15 when his first poetry collection, Sýnir (Visions), was published in 1978. He was one of the founding members of the neo-surrealist group Medúsa and early on acquired a high profile on the Reykjavík cultural scene. He has published numerous poetry collections and seven novels, as well as written plays, librettos and picture books for children.

In 2005 Sjón won the prestigious Nordic Council’s Literary Prize for his fifth novel Skugga- Baldur (Schattenfuchs in German) which has been sold to publishers in 21 countries. In 2009 the English edition of Skugga-Baldur was nominated for the Independent Foreign Fiction Prize. Sjón’s latest novel Rökkurb!snir (From the Mouth of the Whale in English/Gleißen der Nacht in German) from 2008 has recently been published to much acclaim in German by S. Fischer, in Spanish by Nordica Libros, in English by Telegram Books, among others. In 2013 The Whispering Muse (Argóarflísin) was published in the USA and Canada by Farrar, Straus & Giroux gathering great reviews on both sides of the border.

His latest novel is Ég er sofandi hurð (I am the Sleeping Door) the third volume in the CoDex 1962 trilogy. It was awarded the DV Culture prize for literature in 2017 and will be published with the other two volumes in a revised form in multiple languages in the coming years.

Mánasteinn – drengurinn sem aldrei var til (Moonstone – The Boy Who Nevere Was) was published in October 2013 and has won every literature prize there is in Iceland. It has been sold for publication in the USA, Germany, France, The Netherlands, Denmark, Sweden, Finland and the Czech republic among other countries.

Sjón’s poems have been translated into more than twenty languages. and have appeared in anthologies and magazines as well as in separate editions in French, figures obscures (Cahiers de Nuit), German, Gesang des Steinesammlers (Kleinheinrich), and Macedonian, Anatomija na gladniot (SPV). His latest collection of poems söngur steinasafnarans (the song of the stone collector) was nominated for the Icelandic Literary Prize in 2007.

During the academic year 2007/08 Sjón held the Samuel Fischer Guest Professorship at the Freie Universität in Berlin. He was the guest of the DAAD Berliner Künstlerprogramme in the year 2010/11. Sjón resides in Reykjavík with his wife and two children.

Currently Sjón is writing the final volume of a trilogy started in 1994 with Augu “ín sáu mig (De te yeux, tu me vis in French, Tus ojos me vieron in Spanish) with the two earlier books already published in several languages, most recently in French.

Alongside his work as writer Sjón has taken part in a wide range of art exhibitions and music events. His long-time collaboration with the Icelandic singer Björk led to an Oscar nomination for his lyrics for the Lars von Trier movie Dancer in the Dark.

The Blue Fox, the English translation of Skugga-Baldur, was nominated for the Independent Foreign Fiction Prize and shortlisted for the International Jan Michalski Prize for Literature. From The Mouth Of The Whale (Rökkurbýsnir) was shortlisted for both the International IMPAC Dublin Literary Award and the Independent Foreign Fiction Prize. 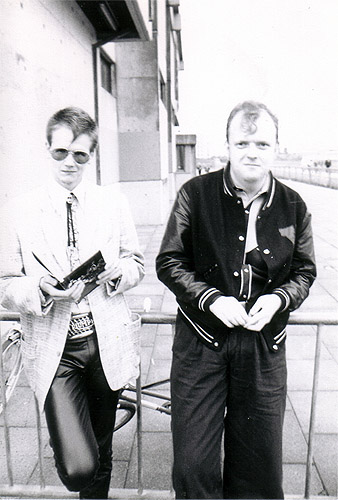 Born in Reykjavik in 1962, Sjón is a celebrated Icelandic novelist. He won the Nordic Council's Literary Prize for his novel 'The Blue Fox' (the Nordic countries' equivalent of the Man Booker Prize) and the novel 'From The Mouth Of The Whale' was shortlisted for both the International IMPAC Dublin Literary Award and the Independent Foreign Fiction Prize. His novel 'Moonstone – The Boy Who Never Was' was awarded every Icelandic literature prize, among them the 2013 Icelandic Literary Prize. His latest published work is the definite edition of the trilogy CoDex 1962.

Also a poet, librettist and lyricist, Sjón has published nine poetry collections, written four opera librettos and lyrics for various artists. In 2001 he was nominated for an Oscar for his lyrics in the film Dancer In The Dark.

Sjón is the president of the Icelandic PEN Centre and former chairman of the board of Reykjavik, UNESCO city of Literature. His novels have been published in thirty five languages.